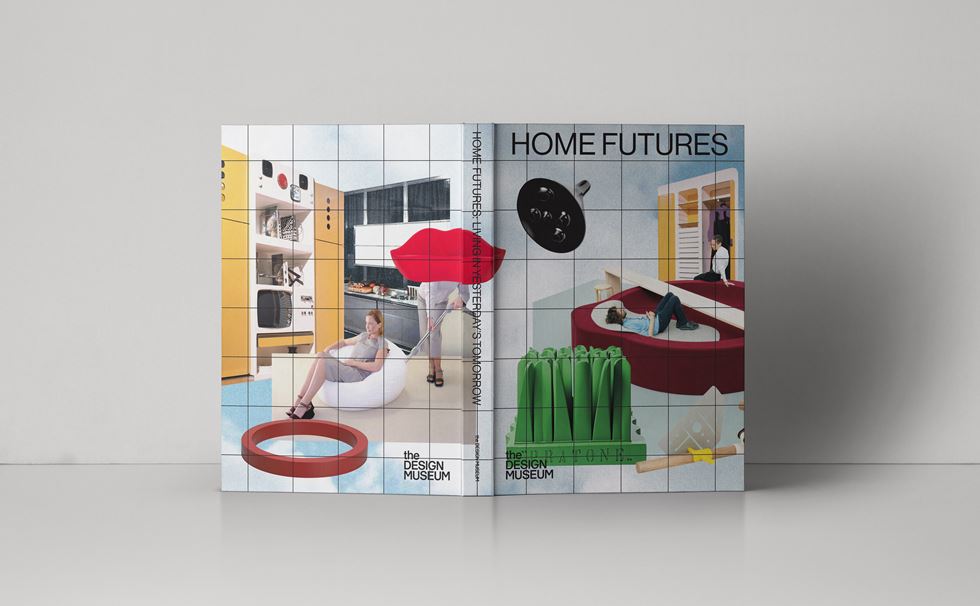 As promised, we present you the second part of the article on books which, in our opinion, are worth devoting your free time to. Among the recommendations you will find publications from 2018 as well as two new titles that will be released in the first half of 2019. Have a pleasant read!

“Upstart!” presents fresh branding ideas for entrepreneurs and designers. To stand out in the land of consumer wealth, the new generation of small entrepreneurs have learned to set high standards for design. Between play and professionalism, their holistic identity concepts are becoming an integral part of their core business. From hemp growers to local box clubs or eyelash extension services, new start-ups and spin-offs from various sectors look as creative and stylish as never before. By communicating through live visual languages that develop in various media applications, they engage the customer in authentic styles and stories.

This fascinating book, which accompanies the great retrospection of the LUMA Foundation in Arles, focuses on twelve prefabricated houses designed by Prouvé, each of which has been specially rebuilt for the exhibition. Initially trained as a metal worker, Jean Prouvé considered himself as an engineer and constructor, not a designer or an architect. Among his different achievements, from lighting to furniture and exhibition constructions to shelves, his modular buildings are particularly intriguing. Essays presenting his work in context are accompanied by archival and contemporary paintings, drawings and handwritten notes along with a portfolio of photos of the twelve houses built in Arles.

Jean Prouvé was a French metal worker, self-taught architect and designer who is currently considered to have been one of the most influential designers of the early modernist movement. Among his achievements, he is widely recognised for his use of technology, which was previously limited to industrial production in its elegant architecture.

Presented as an introductory guide to the desired world of Arsham, the book provides a full overview of his practice. Virgil Abloh discusses Arsham’s contribution to the post-media artistic landscape and the plot, developed by Hans Ulrich Obrist in his conversation with the artist, follows historical precedents. Steven Matijcio discusses artistic projects and cooperation, from the set for the dance team ‘Merce Cunningham’ to clothing and trainers with street clothing icons Ronnie Fieg and Adidas, and to projects with James Franco, Pharrell Williams and films by Mahershala Ali. It’s really worth reading!

This is the only book that accurately documents the best examples of brutalism in the world. More than five hundred pages present 878 buildings from 102 countries designed by 798 architects, including Marcel Breuer, Lina Bo Bardi, Louis Kahn and Carlo Scarpa. The album describes both buildings used today, buildings that do not exist or have fallen into ruin as well as modern projects referring to the tradition of modernism. Its extremely interesting format (in a special frame with three-dimensional finishes), beautiful photos in the style of duotone and professional comments made the compendium become a bestseller almost instantly.

„Exhibitionism. 50 Years of the Museum at FIT”

The Museum at the Fashion Institute of Technology celebrates its 50th anniversary this year. A half-century of existence will be celebrated with a special exhibition (‘Exhibitionism. 50 Years of the Museum at FIT’)  and its accompanying catalogue. Both projects will recall the most influential exhibitions organised in the “most fashionable museum in New York”, of which there were nearly two hundred. In the book edited by Valerie Steele, the director of MFIT, the show ‘Fashion and Surrealism’ found its place exploring the relationship of fashion with the art of surrealism. ‘Fairy Tale Fashion’ show, which reflected  fairy tale inspiration of designers, views  of the flora and fauna: ‘Force of Nature’ as well as ‘A Queer History of Fashion: From the Closet to the Catwalk’, which examined the influence of the LGBTQ community on the shape of today’s fashion. The exhibitions in the FIT Museum, frequently visited and awarded numerous times, can now be visited on the pages of one book while following the most important moments and phenomena in the history of fashion.

Accompanied by an exhibition of the same name, presented at the London Design Museum, the publication “Home Futures: Living in Yesterday’s Tomorrow” gathers the most innovative, practical – but also absurd – manifestations of design that would make ordinary life more modern. It also answers questions on how designers of the twentieth century imagined the home of the future and whether these futuristic visions came true. The heated floors and nylon apparel of the idea of Alison and Peter Smithson or the self-propelled vacuum cleaner from the 1950s now seem nothing new. The small, yet ergonomic, kitchen (which we associate today with IKEA designs) was already thought of in 1926 by Margarete Schütte-Lihotzky. In turn, the Gufram cactus-hangers and satirical images of Heath Robinson about completely mechanised apartments are still extreme and inspirational ideas at the same time. “Home Futures” is about visionary – about the future that is being designed here and now.

The functioning of our website complies with the applicable legal regulations regarding the protection of personal data.